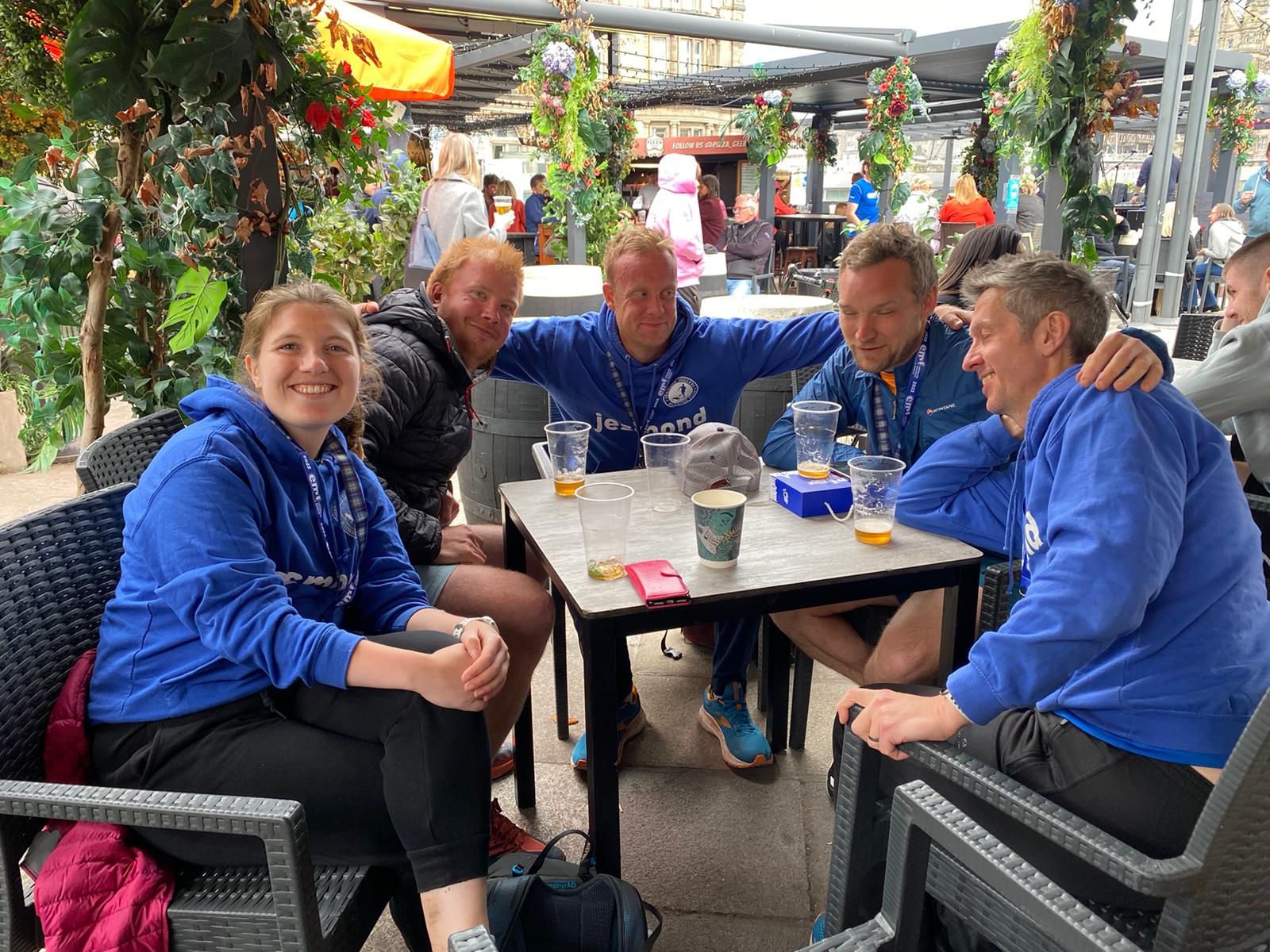 “Now Bid Me Run, and I Will Strive With Things Impossible”

These are the words uttered by Ligarius in William Shakespeare’s Julius Caeser. And the words that the EMF Jesmond Joggers unequivocally held at the tips of our tongues as we attempted the half and full marathons. Great people have sought inspiration and comfort from Shakespeare. Nelson Mandela took solace from the lines of Julius Caeser during his incarceration on Robben Island. So, the JJs were in good company when taking on the dreaded impossible distance.

The Scottish weather certainly took a turn for the better on Sunday, with light cloud and several pockets of sunshine being well suited for hours of running. The JJs vests were out in force and ready to rumble following the taper. The course, renown for being one of the quicker UK tracks, swooped down through the City Centre, along the foot of Arthur’s Seat and out along the coast via Musselburgh. Pockets of crowds aplenty added to the atmosphere throughout.

After weeks and months of training, the day had finally arrived for the athletes/soldiers from North East England to invade Scotland. It was an early start for the half-marathoners with the race commencing at 8am. Particularly dangerous if you’re not a Liverpool fan and watched the Champions League Final the night before. Rest assured Emily, Ryan, Martyn and Simon all stayed off the whiskey (or so I’ve been told!) to produce some incredible times on the beautiful coastal course. Emily Lagadec was first to run it home, producing a record-breaking performance of 1:37:34, placing 19th in 40F. This tops the previous JJs women’s W40 record which stood for over seven years! Well done, Emily! Ryan Harland continued the sub-2-hour trend with a time of 1:43:31. Martyn Collins snuck under the two-hour mark, recording an exceptional 1:59:59. Every second counts! Adding to the valiant JJs efforts was Simon Baker who produced a heroic time of 2:15:15. These are some seriously outstanding times, and it set the tone for the rest of the JJs competing in the marathon that started later at 10am.

The marathoners began their Herculean endeavour down St. Nicholas Street with a full crowd all the way out to the coast. The turning point came at mile 18 where pain met beauty as we ran through the grounds of Gosford House onto the ‘final straight’. The fast and flat course, and the (I can’t believe I’m saying this) glorious Scottish sun that shone in parts, permitted a good day’s running for all those involved and led to the best tan Phill has had for a while! Diggory Slee finished first with a time of 2:49:14, breaking the U23s record in the process and placing 2nd on the all-time list. Peter Jackson ran a brilliant race to keep it under four hours, recording 3:59:21. Phill continued his pre-race ritual of a few beers with his right-hand man, Angus Miller, to produce a very good time of 4:11:41. Sub-4 is definitely on the horizon, Phill! It must be noted that Angus’ support did not go unnoticed. Standing at the 24th mile, he gave me and I’m sure the other JJs a serious boost for the last two miles. Thank you, Angus! Sophie Reynolds posted 4:12:39, a seriously good time. Our very own treasurer, Rob Dooley, kept all the JJs under five hours with an impressive 4:58:22.

Overall, it was a thoroughly great day out and a good excuse to spend a weekend in Edinburgh. All the JJs pulled through and despite our legs feeling slightly worse for wear today, the feeling of crossing the line after a long physical and mental battle surpasses any other feeling. And of course, you cannot run a half or full marathon without a enjoying few beers afterwards and the team did just that! It’s a course I’d certainly recommend for anyone. The only improvement I would suggest is more bagpipes! Well done to all and up the JJs! 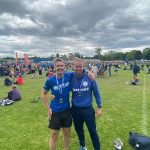 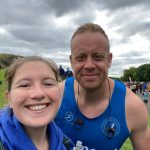 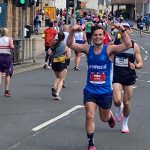